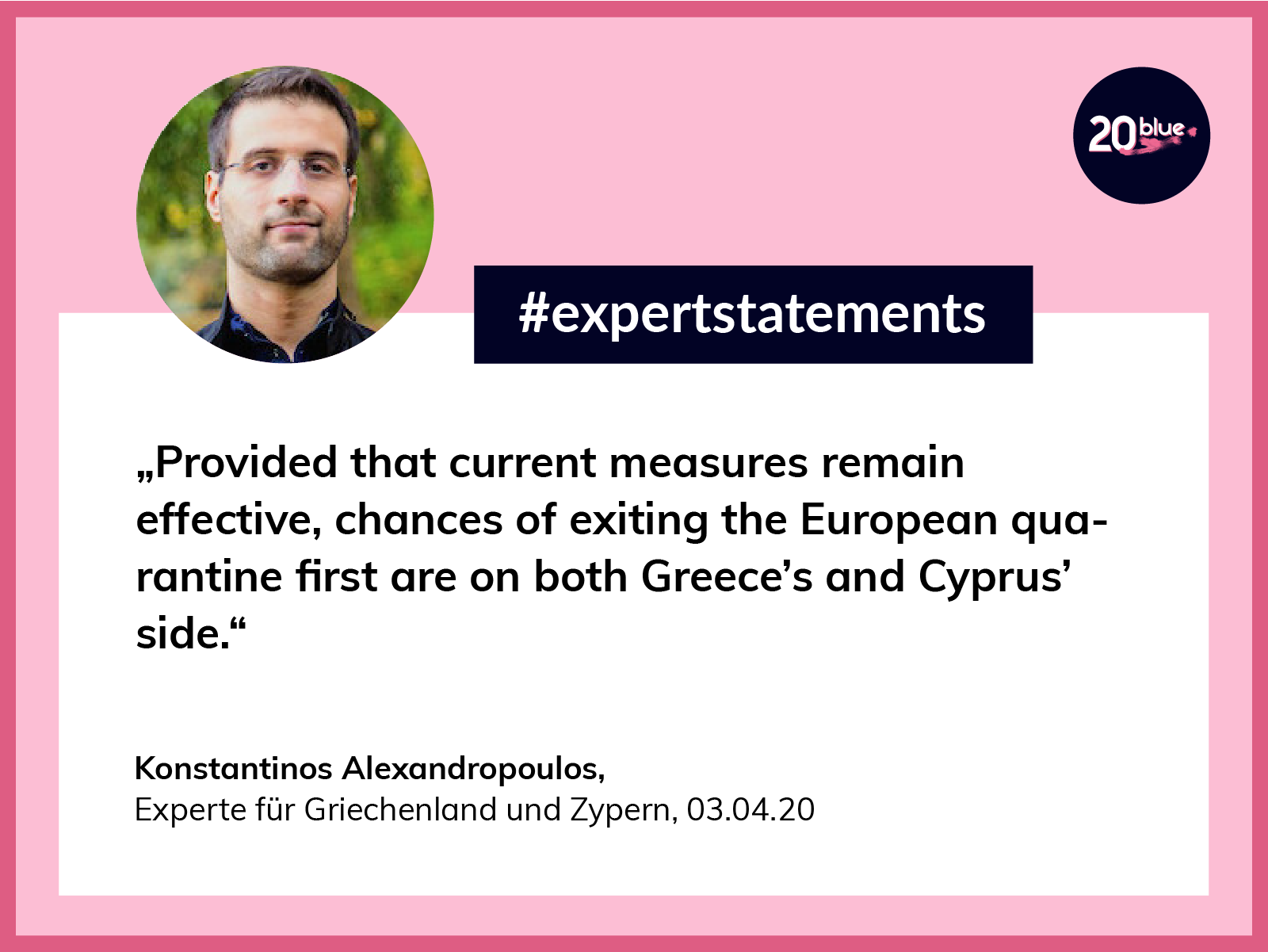 Greece & Cyprus: Parallel lives in the fight against COVID19

Dealing with emergency situations has been the default operation mode in Greece during the past ten years, as the Mediterranean country found itself at the epicentre of both the financial and the migration crises that hit the European continent over the last decade.

And while the country seemed to be taking its first serious steps towards economic recovery, the Corona epidemic has sounded once again the all-too-familiar alarm. During a time when political decisiveness and robust public health infrastructure are of the essence, deficiencies and shortcomings left behind by years of austerity raised serious doubts about the its capacity to deal with a crisis of global scale.

Nevertheless, lessons learned the hard way by the experiences of China and, even more strikingly, neighbouring Italy, seem to have quickly mobilised the Greek government to restrict movement, allowing people to travel only to and from work, shopping for essentials and taking a moment to walk a pet or have a run. Disobedience to the lockdown measures results in a 150-euro fine and citizens will need to carry with them written confirmation of why they have left their homes.

While the government measures have been broadly welcomed, there are still questions over the long-term strategy and the effect these measures will have on the still fragile economy. In an attempt to salvage economic activity, the Greek government has announced support measures for about 800,000 businesses, 1.7 million private-sector employees and 700,000 self-employed and small business owners.

The biggest challenge for the Greek economy however might still lie ahead. Bookings cancellations, travel restrictions and border shutdowns are already affecting the all-important tourist industry, threatening to nullify any tangible progress made during the last couple of years.

Tourism makes Greece the European Union’s most exposed country to the sector, second only to Cyprus. The fellow Mediterranean island country is no stranger to crises either, having experienced both a banking meltdown in the early 2010s and a spill over of the broader migration crisis in the Eastern Mediterranean region more recently.

In dealing with the Corona crisis, Cyprus has followed in the footsteps of Greece and other European countries and imposed a general lockdown. Even stricter measures were decided at the beginning of the week, including a daily curfew between 9 pm and 6 am and an increase of the fine for those found disobeying the ban on movement from €150 to €300.

The government has announced financial support measures for affected businesses and households in an effort to contain unemployment and boost domestic consumption, but also in order to support the tourism sector during the peak summer period and, if possible, extend the tourism season beyond October.

Decisions and measures taken in both countries seem to work so far, with Greece recording 46 deaths out of 1212 confirmed cases and Cyprus 7 out of 230 respectively. With the average temperature expected to rise significantly as we are entering the late spring and early summer periods, weather is an added valuable ally in the fight against the virus that many other countries unfortunately can’t afford. Provided that current measures remain effective, chances of exiting the European quarantine first are on both Greece and Cyprus’ side.